This project is created by James Trinh and Omar Al-Khatib to test Vuphoria on Unity 2019.2. The idea of the project is that in the future, augmented reality would be use to advertise books at a glance, somewhat similarly to how bill board works, but now in a more engaging way. This project specifically uses the book Animal Farm as an example. When the book is layed flat and the application's camera detects the book, a 3D scene from the book will appear directly over it, along with informations and a button to listen to the spoke person of the book. On the back side, will be a UI with data that the user may go through to see indepth details, video reviews, and text reviews.

What you can do in the project

With the front cover up, you can move the book under the AR camera in order to see it pop up. A menu HUD will pop up with a button allowing you to select the button to listen to the big pig spoke person. Feel free to look around the beautiful scene! On the back cover side, you can view the reviews and videos by either rotating the book or using the arrow buttons. Within the review side, you can cycle through the reviews to read. Go to the website above and within the green dropdown box with the word “Clone or download”, press the “Download ZIP” and you will have the entire project file downloaded in zip format to be extracted and used in Unity 2019.2.

Below is a table of all the sources we use for codes, models, and audios. 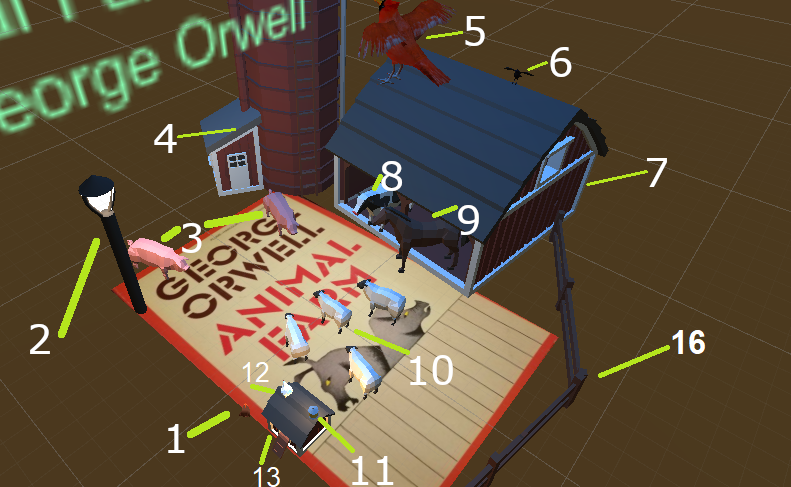 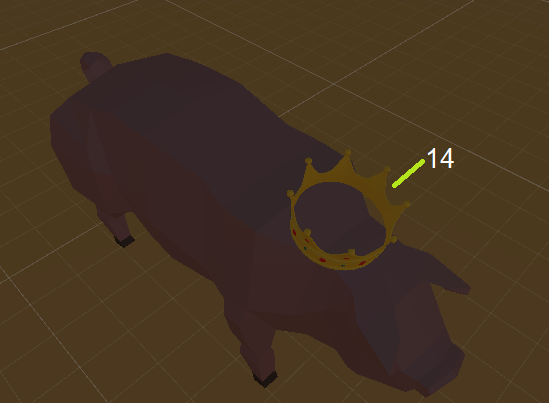 We all know that books shouldn’t be judge by their cover, but one of the first impression that we get when looking at a book will come from their cover. With the technology we have today, book cover can be further augmented to be more eye catching to any potential customers looking at it. After seeing the result of this project, I feel that this technique can be quite effective as serving as a “movie trailer” for the book. There are many advantages to applying this technique to a book, but there are also inherent disadvantages with this technique as well. Let us discuss them.
Of the many advantages this technique would offer to a book, the most notable one would have to be the potential to captivate a larger number of audiences. Not only does this technique expand the room for creativity by moving from a traditional two-dimensional cover to an augmented three-dimensional one, but it also add sounds and movement as well! Being able to see the characters come to life or a dramatic scene from the book can give the nudge a potential audience need to decide to pick up the book. The inherent downside of this is, however, is that it solidifies the idea of how a character may appear in the audience mind, as well as gives them a voice. One example is a cousin of mine who enjoys the book Twilight. She saw the main character, Bella, as snarky and badass but the movie completely changes her view of the character since it is now concrete that Bella seems serious in what she says rather than the snarky attitude my cousin envisions. Likewise, some people may like a character because of the way they interpret the book, but when the audience is given a concrete interpretation of the character, the audience can potentially be dissuaded from reading the book.
To add on, this technology as of may not be as effective for advertising today if it requires the user to download a software. Imagine walking through a store seeing one of these AR books which says, “download the Dynamic AR App now for an out of this world experience!” Having a download requirement would be a turn off for some potential customers, however, it is possible that from the sheer awe of the few who try it and share their finding, it would cause a sudden influx of popularity, although it’ll likely be merely a temporary peak, but a peak none the less. After that, it’s popularity would die down and people will somewhat forget about it until some industry decide to standardize it. This would also add onto the cost of the book too, however, as 3-D models are not too cheap, especially when animated. This would likely mean it’ll be limited to popular series.
Overall, this technique being applied as of now, will likely not take off quickly. There are much more inherent disadvantages and it will, in the end, be likely perceived as a mere marketing gimmick.